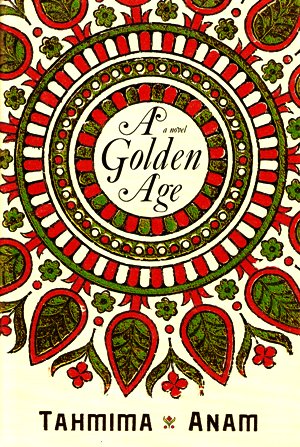 The story is driven by relationships – a mother’s love for her children, an immigrant’s love for her adopted country, and friendship that transcends cultural and religious differences. Rehana Haque, a widow and mother of two, lived through the loss of custody her children after her husband’s sudden death. When war comes to East Pakistan in 1971, Rehana is determined not to lose her children again. Maya and Sohail, her children, are now young adults and are caught up in the independence movement. Rehana isn’t interested in the political aspects of the war, but she loves her children and becomes involved in the resistance efforts for their sakes.

Although Tahmima Anam wasn’t yet born during the Bangladesh War for Independence, she writes about it as if she was there. Maybe it’s because many aspects of the novel are based on her own family’s history and she grew up with their stories of the war. While the war provides the backdrop for the novel, it’s not a war novel. The story is driven by relationships – a mother’s love for her children, an immigrant’s love for her adopted country, and friendship that transcends cultural and religious differences. – LibraryThing reviewer

Tahmima Anam was born in Dhaka, Bangladesh in 1975. She was raised in Paris, New York City, and Bangkok. Renowned satirist Abul Mansur Ahmed is her grandfather. After studying at Mount Holyoke College and Harvard University, she earned a doctorate in social anthropology. Her first novel, A Golden Age, was shortlisted for the Guardian First Book Award and the Costa First Novel Prize, and was the winner of the 2008 Commonwealth Writers Prize for Best First Book. It was translated into 22 languages. Her writing has been published in Granta, The New York Times, and the Guardian.  She lives in London.

A Golden Age is available for immediate purchase via these links to Amazon.com and Amazon.de. When you make a purchase via this website, a percentage of the price goes right back into site maintenance and development. Thanks for the support!