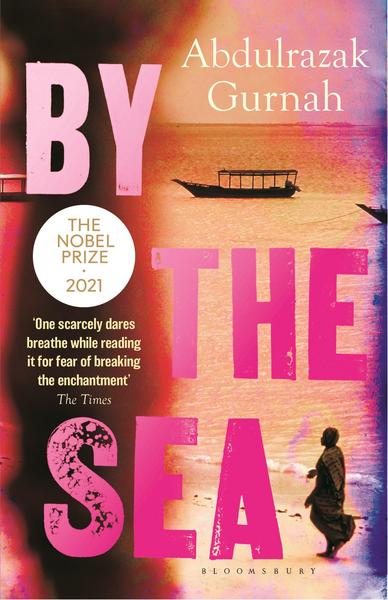 “Gurnah’s novel is a painful, unapologetically literate probe into the tragedy of the postcolonial world…” _ Publishers Weekly

Meanwhile, Latif Mahmud, poet and professor, voluntary refugee, lives quietly, alone in his London flat, bitter about the country and family he has never revisited.

The paradise both these men have left is Zanzibar, an island in the Indian Ocean swept by the winds of the Musim, bringing traders with their perfumes and spices and a unique mix of cultures and histories. When Saleh and Latif meet in a small English seaside town, a story of long ago begins to unravel – a story of seduction and deception, of the haphazard displacement of people, a story of love and betrayal and, above all, of possession. And as the story unfolds, we see a country exploding into postcolonial independence, reeling in its attempt to find stability while its people are caught in the maelstrom of their times.

Buy via your neighborhood English bookstore in Germany.

Abdulrazak Gurnah (born 20 December 1948) is a Tanzanian-born British novelist and academic. He was born in the Sultanate of Zanzibar and moved to the United Kingdom in the 1960s as a refugee during the Zanzibar Revolution. His novels include Paradise (1994), which was shortlisted for both the Booker and the Whitbread Prize; Desertion (2005); and By the Sea (2001), which was longlisted for the Booker and shortlisted for the Los Angeles Times Book Prize.

Gurnah was awarded the 2021 Nobel Prize in Literature “for his uncompromising and compassionate penetration of the effects of colonialism and the fates of the refugee in the gulf between cultures and continents.” He is an Emeritus professor of English and postcolonial literatures at the University of Kent. – Wikipedia