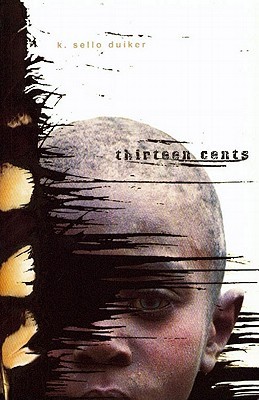 Thirteen Cents is an extraordinary and unsparing account of a coming of age in Cape Town. Every city has an unspoken side. Cape Town, between the picture postcard mountain and sea, has its own shadow: a place of dislocation and uncertainty, dependence and desperation, destruction and survival, gangsters, pimps, pedophiles, hunger, hope, and moments of happiness. Living in this shadow is Azure, a thirteen-year-old who makes his living on the streets, a black teenager sought out by white men, beholden to gang leaders but determined to create some measure of independence in this dangerous world. Thirteen Cents is an extraordinary and unsparing account of a coming of age in Cape Town.

Reminiscent of some of the greatest child narrators in literature, Azure’s voice will stay with the reader long after this short novel is finished. Based on personal experiences, Thirteen Cents is Duiker’s debut novel, originally published in 2000.

This first edition to be published outside South Africa includes an introduction by Shaun Viljoen and a special glossary of South African words and phrases from the text translated into English.

From Kwela.com: K. Sello Duiker was born in 1974 and grew up in Soweto and, later, East London. Sello studied at Rhodes University from which he graduated with majors in journalism and art history. He returned to Cape Town, and it is there that he found his writing voice. Duiker studied copywriting and went on to work as an advertising copywriter, a script writer for e-tv’s popular show Backstage and later commissioning editor for SABC 1.

Thirteen Cents is available for immediate purchase via these links to Amazon.com and Amazon.de. When you make a purchase via this website, a percentage of the price goes right back into site maintenance and development. Thanks for the support!